We think of Tchaikovsky as a Russian composer but he also had Ukrainian family connections. This concert features his Symphony No. 2 which he composed at his sister’s house in Kamianka and uses Ukrainian folk songs in its thematic material. Andrew Chun will solo with NDSO on Schumann’s Cello Concerto in A minor. The program opens with an audience favorite The Hebrides (Fingal’s Cave) by Mendelssohn.
Program subject to change. 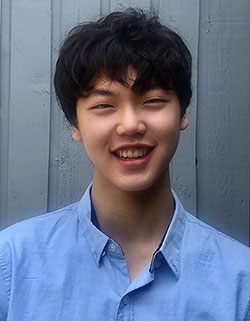 ​Andrew has participated in masterclasses and studied with Laurence Lesser, Zvi Plesser, Joel Krosnick, Astrid Schween, and the Borromeo Quartet. Andrew was admitted to the Morningside Music Bridge Program with full scholarship during the summer of 2020. He has attended the Perlman Music Program since the summer of 2021, under the tutelage of Itzhak and Toby Perlman.